Several weeks ago I saw this recipe:Slow Cooker Spaghetti Squash with Turkey Meat Sauce at my friend Denise's blog and knew I just had to try it.

We love spaghetti squash and I serve it often in the fall, but I never knew it could be cooked successfully in a crock pot.  Well, it certainly can!

To make this dish, as you will see, one first browns ground turkey and then adds it to a crock pot with the other ingredients.  Then the spaghetti squash, halved and seeded, is placed on top.  It cooks on High for four hours, then the strands of "spaghetti" are loosened and removed to a bowl or plate, with the sauce placed on top.

I usually avoid slow cooker recipes that involve browning meat as a first step; I guess I am just too lazy and I want to skip washing that extra skillet.  But in this case, of course, since it was ground meat, I did brown it.  I also added the onion and some chopped green pepper while browning (I didn't have mushrooms, so left them out and used peppers instead).  For spaghetti sauce, I used our supermarket store brand in the plum tomato and olive oil variety.

By the way, a good tip for cleaning out the "innards" of  spaghetti squash is to use a grapefruit spoon.  The serrated edge works so well to get every bit out.

When I prepared this, my two halves of spaghetti squash wouldn't lay flat atop the meat sauce in the cooker as Denise's did in the photo of that step in the recipe.  So I laid one of them flat and the second one sort of sideways.  They both cooked just fine, so don't worry if you have to position your squash halves like that, also.

This is such a delicious meal!  We enjoyed it very much and had the leftovers a night or two later.  They reheated well in the microwave.

I highly recommend you visit RefreshHer -- not only for great recipes like this one, but also for spiritual refreshment and encouragement for homemaking and family matters.  And I do hope you'll try this marvelous fall supper!  I think you would enjoy it as much as we did. 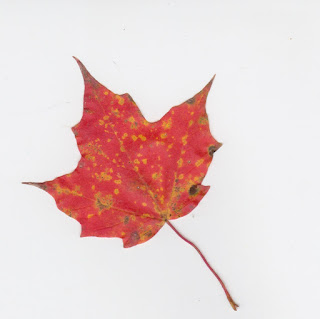