Table runners with a tea theme 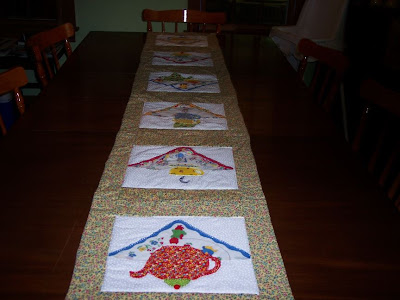 This is pretty much a repost of a "teatime table runner" I made from vintage hankies a few years back.  I have quite a collection of vintage hankies, and had thought I might make a quilt with them.  I decided to scale back and make a table runner instead.  I used a white-on-white print for the backing, then cut the hankies in half and hand-sewed them on to look like a folded napkin or doily.  Then I found or tweaked applique patterns of tea-themed items and placed one or several items on each "napkin or doily".   For this prototype project (I intended to make two more for gifts) I chose to use some children's cartoon-type hankies that had been mine as a child.  This meant that my appliques had to be in rather bright, crayon-type colors to complement the hankies.
Hope you have enjoyed this look at my teatime table runner!  It was encouraging to me that I could figure out a project on my own like this and have it come out quite nice.  I know some people would frown on cutting up vintage hankies, but I found this a nice way to display and use them, especially these with the juvenile motifs that are not quite as pretty as the usual vintage hankies one sees.

I did go on to make two more of these runners, using some of the prettier hankies in my collection.  I gave them to my daughters as gifts, and was thankful I had taken the time to learn how best to put the runners together, since I was sort of making this project up as I went along.  Maybe another time I can share photos of those runners.

I'm linking up today with Sandi's No Place Like Home and with Bernideen’s Tea Time, Cottage and Garden Blog Party, along with Stephanie's Roses of Inspiration and A Daily Cup of Mrs. Olson's Share Your Cup Thursday.  Also linking today with Vintage Charm.
Be sure and visit these lovely blogs and then visit some of the posts that have been linked up there.  You'll find much to inspire you!

I can't even remember now where I came across this treasure, but I found it among things I had saved:  the Woman's Day 1953 Calen... 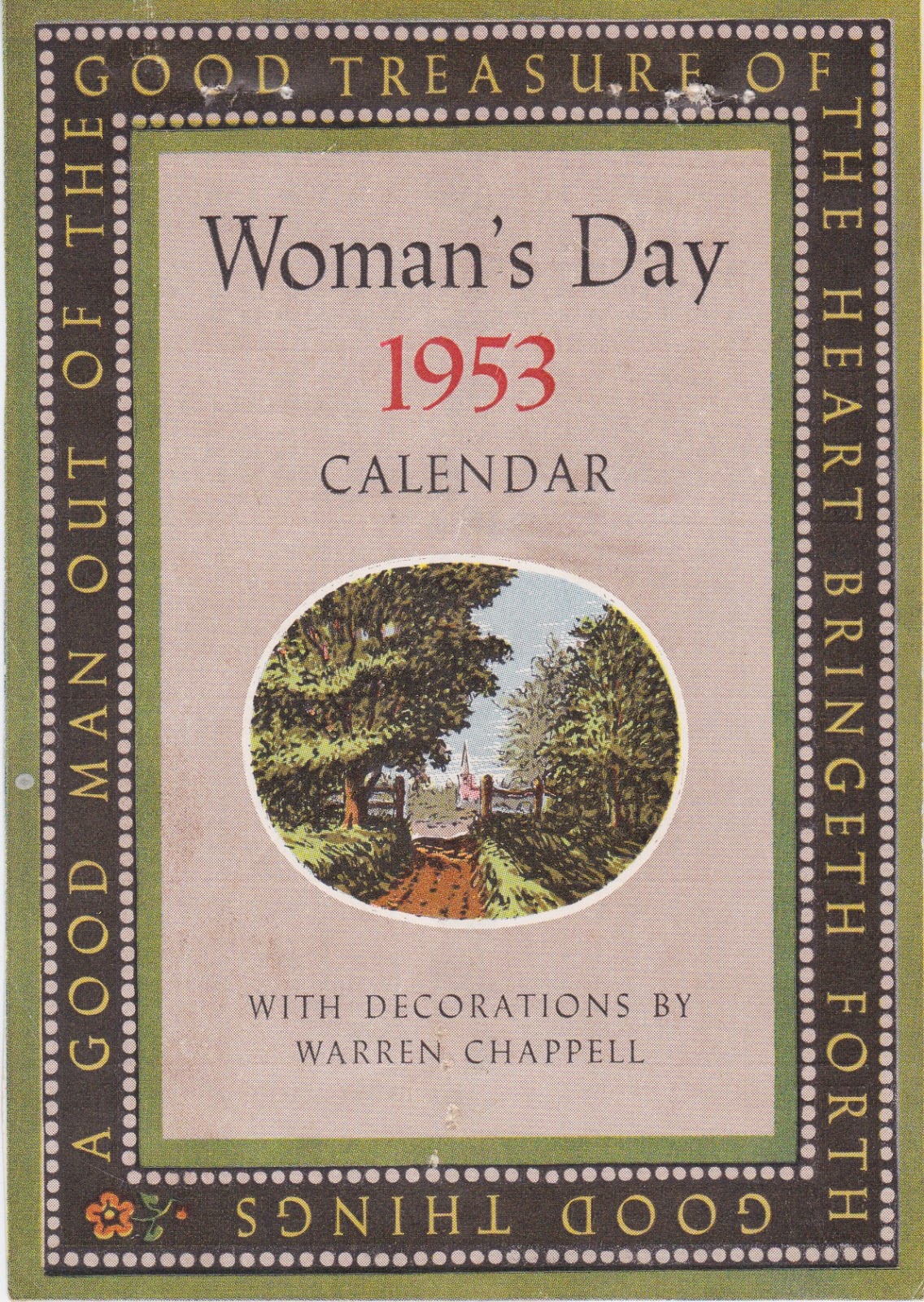 Visit My Christmas Blog Year Round