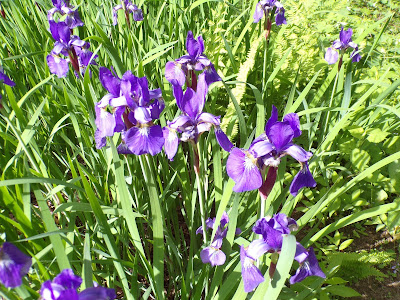 The weather has been so unseasonably hot, it has really felt like July or August around here.  We had temps in the 90s for many days in a row.  Monday and Tuesday nights were so hot, we spent them at our cottage in the woods in the interest of feeling a few degrees cooler.  I mentioned to my hubby that it was hard to believe Memorial Day, just a week previous, had been so cool that a campfire, hot coffee, and a fire in the cottage woodstove were the order of the day.  Not long after that, the heat arrived.

Today is a welcome change: cooler, breezy and less humid, though still with plenty of sunshine.

Our backyard irises have never been so plentiful.  I know that we really should divide them in the fall.  Maybe we'll take some to the camp.  We have two iris beds the size of the one below: 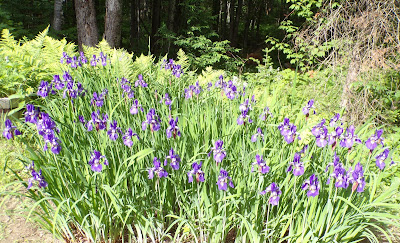 My hubby got a closer look at some of the irises.  I love how the buds are furled tightly like little umbrellas. 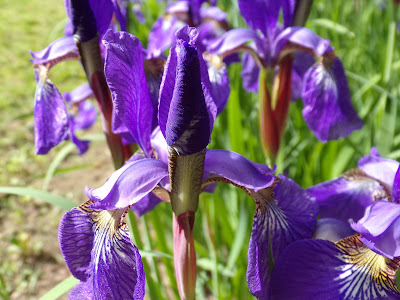 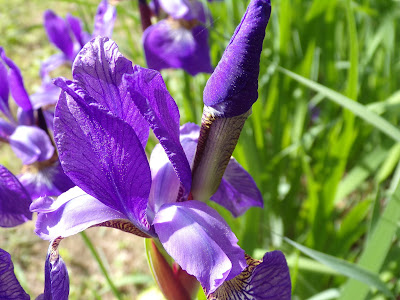 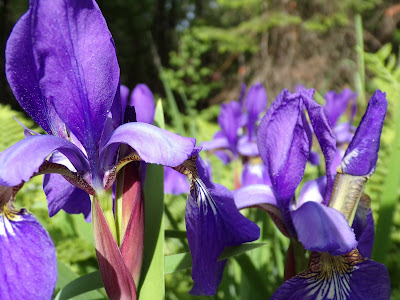 Last year I received a small pot of dianthus as a Mother's Day gift.  We planted it in the backyard and look how it has spread! 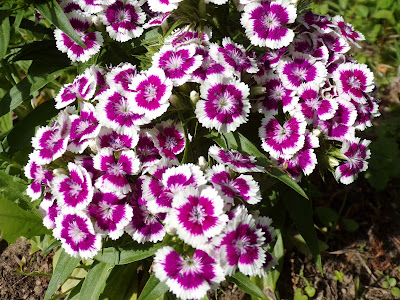 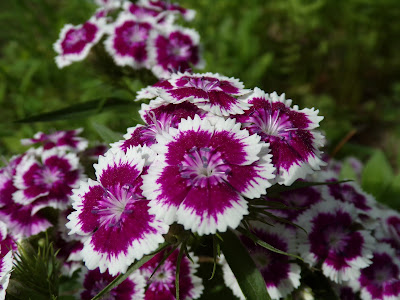 I had another dianthus this year and we planted it at the camp.  It has nearly gone by, but just look at the pretty markings on its remaining blossom.  There are such lovely markings on the iris too, as seen in the closeup below the dianthus photos. 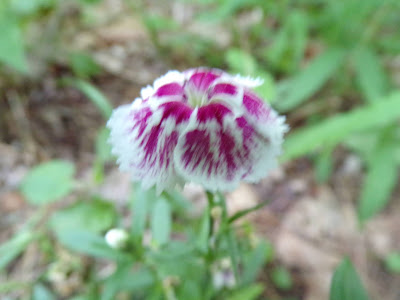 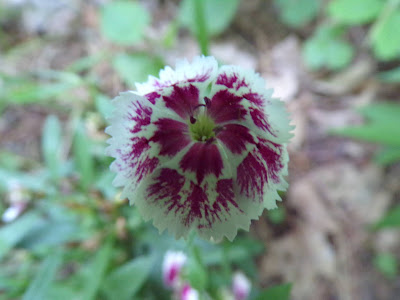 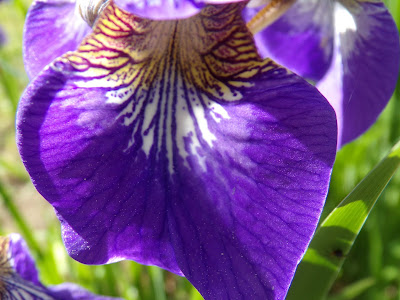 God is so amazing in every way, but these gorgeous flowers prove once again that He is a God of detail, order, and creativity!