God is in the details of life!

This is a post that I originally wrote some time ago, but it is still timely.  In 2010, I share an example that had just happened the night before when  I had just finished the process of selecting our airline tickets for a flight out west later that fall.  Here's what I wrote back then:

"Mr. T and I breathed a sigh of thankfulness and relief that we had that item taken care of.  After receiving our confirmation, I scrolled down through the itinerary one last time.  Oh no!  Our last flight was getting us home several hours later than when I had looked at it earlier.  What a mistake!  It cannot be changed now without an extra charge.  I felt horrible.  My sweet hubby told me not to worry about it, that he was not going to, and that we had plenty of time to adjust our plan for getting to and from the airport.  And then it happened: I clicked on the tab for my blog, where earlier in the day I had been looking through older posts trying to decide what to share today.  What was the first thing that met my eye?  These words:  "God is in the details of life!"  What a reminder for me!  My choice of that itinerary was no mistake.  We have been praying about this trip for months.  Somehow, some way, it will be for the best.  Truly, God is in the details."

In my ladies' Sunday School class right now, we are going through the study Loving God with All Your Mind, by Elizabeth George. I have just finished preparing this week's lesson on Living One Day at a Time. It focuses in on Jesus' command in Matthew 6:34 that we are not to be anxious about tomorrow.


There are lots of concerns in my life right now. As my ladies' class has discussed anxiety, we reached the conclusion that most of us are not anxious, worried people. However, most of us do have what we call "concerns". As I studied the lesson for this week, I found the following quote by Lawrence O. Richards, in his Expository Dictionary of Bible Words:


“Both anxiety and worry spring from natural and legitimate concerns that are part of life in this world. But legitimate concerns are handled wrongly when they do one or more of the following: 1) become dominating concerns in our life and lead to fear; 2) destroy our perspective on life and cause us to forget that God exists and cares; or 3) move us to drift into an attitude of constant worry and concern over a future that we cannot control.”


As I was musing over these things and the necessity of leaving my concerns in the capable hands of a sovereign God, a little incident spoke to my heart.


It's been quite warm here, and my husband took a short-sleeved plaid shirt out of his closet to wear to church on Wednesday night. He quickly chose a different one, as the one he'd picked was missing a button. He set it aside so I could replace the button.


Yesterday I decided to take care of that little chore, and quickly grabbed a needle and thread. 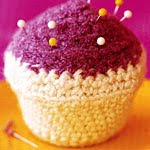 A navy blue shirt button shouldn't be hard to find in one of my tins or jars of buttons.

Was I wrong! I found one in the last jar I looked in, but it wasn't going to be ideal. The shirt is so old that the buttons are badly faded and almost look like a dull purple rather than navy blue. On an impulse I looked again at a magnetic pincushion (the dish-like plastic type) where I often place lost buttons. I had glanced at this earlier but the buttons all seemed to be larger than I needed. I stirred the items around a bit -- buttons, pin, paper clips, etc. -- and there, lo and behold, was the exact button I needed for the shirt. Faded to a dull purple, it was undoubtedly placed there when it fell off the shirt.


What an object lesson for me! Right then and there I told the Lord, "You care about the tiny, insignificant details of my life enough to point me to the exact button I need, and I know I can absolutely trust You with my big concerns. Thank You for being in the details!"


Just a little thing -- a tiny button less than a half-inch in diameter. What volumes it spoke to me! Maybe this little story will encourage someone else today. I pray that it will.