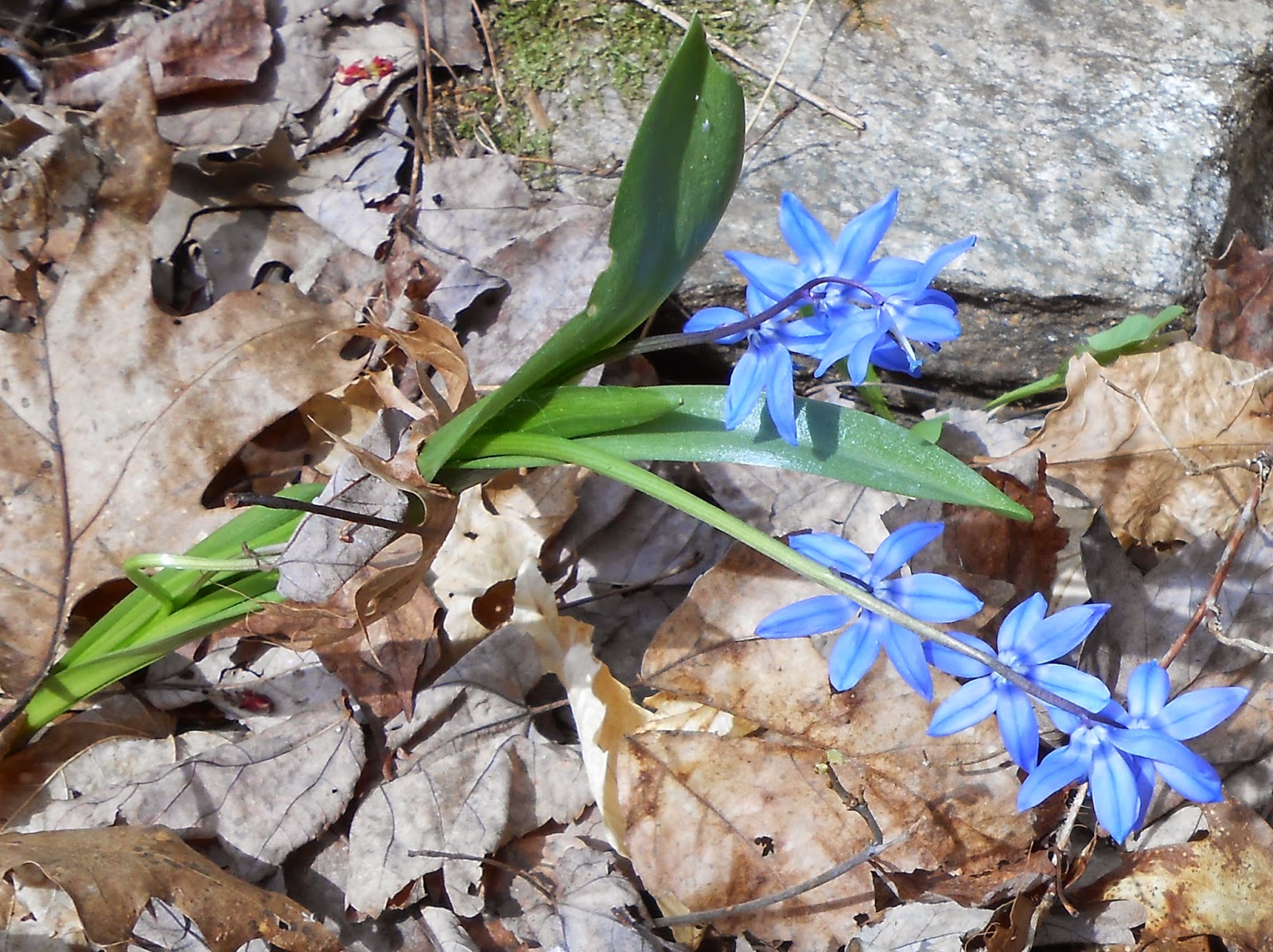 Yesterday I was hanging clothes from our balcony and saw a flash of brilliant blue, I thought, far below me on a leaf-covered slope.  Many times things are deceiving from up there and I have been tricked by sunlight and shadows into seeing colors that really aren't there.  So later in the day when I had a few minutes, I went out to investigate, taking the camera along.

There were actually two plants that I saw.  This small one is the second: 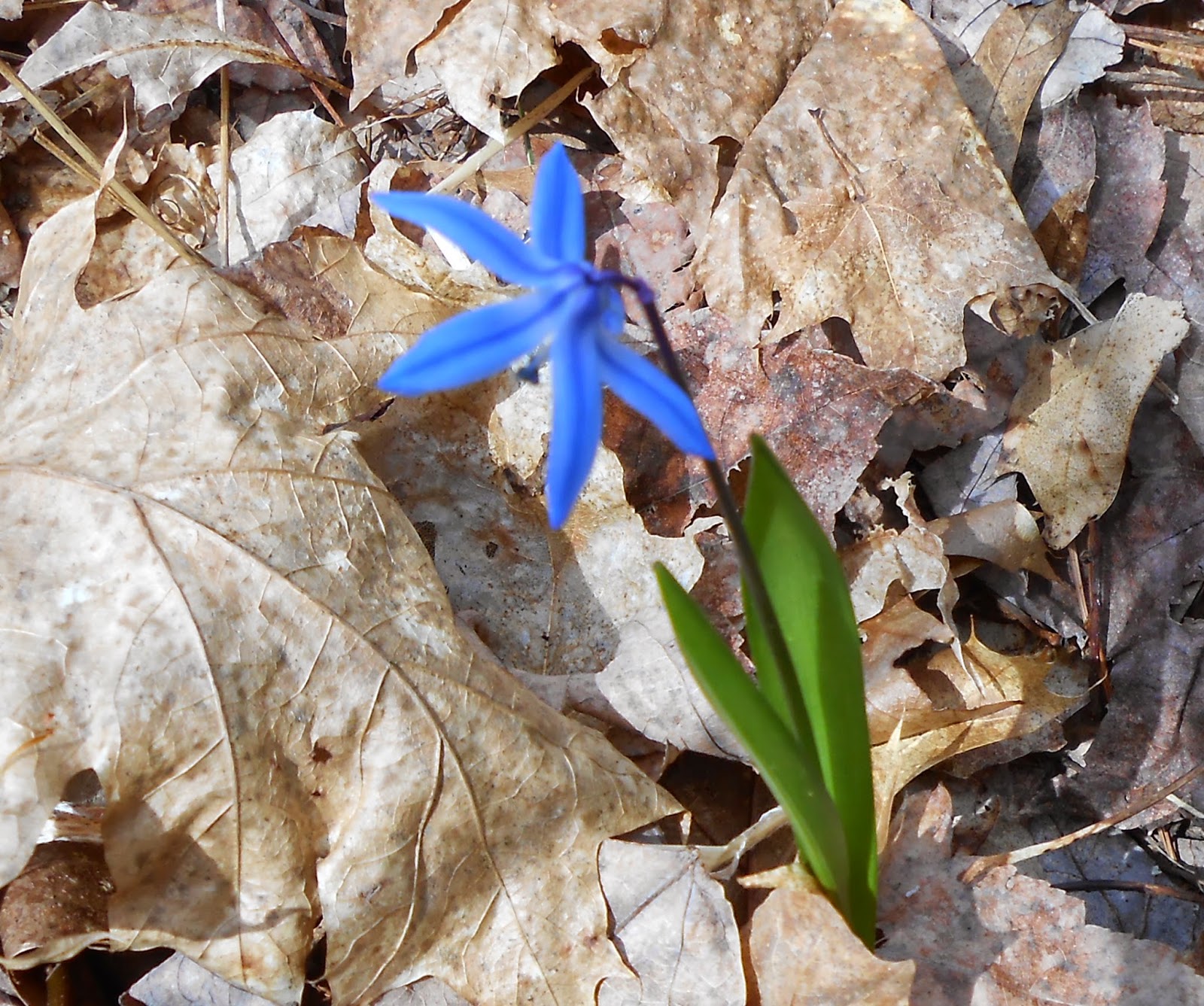 Later, I had my hubby take a couple more pictures.  His photography skills are much more advanced than mine, but neither of us is used to the new camera yet.  It's one we had bought on a Black Friday deal just because it was a really excellent price.  We had barely used it.  But last fall, our other camera died suddenly and we had to start using this one.

The pictures don't do the color of the flowers justice.  It is much deeper and brighter than forget-me-nots.  I have no idea what this plant is.  I do know it's not anything that I ever planted.  Could it be a wildflower?  It seems more as if it's from a bulb, but we have no close neighbors that a bulb could have migrated here from. 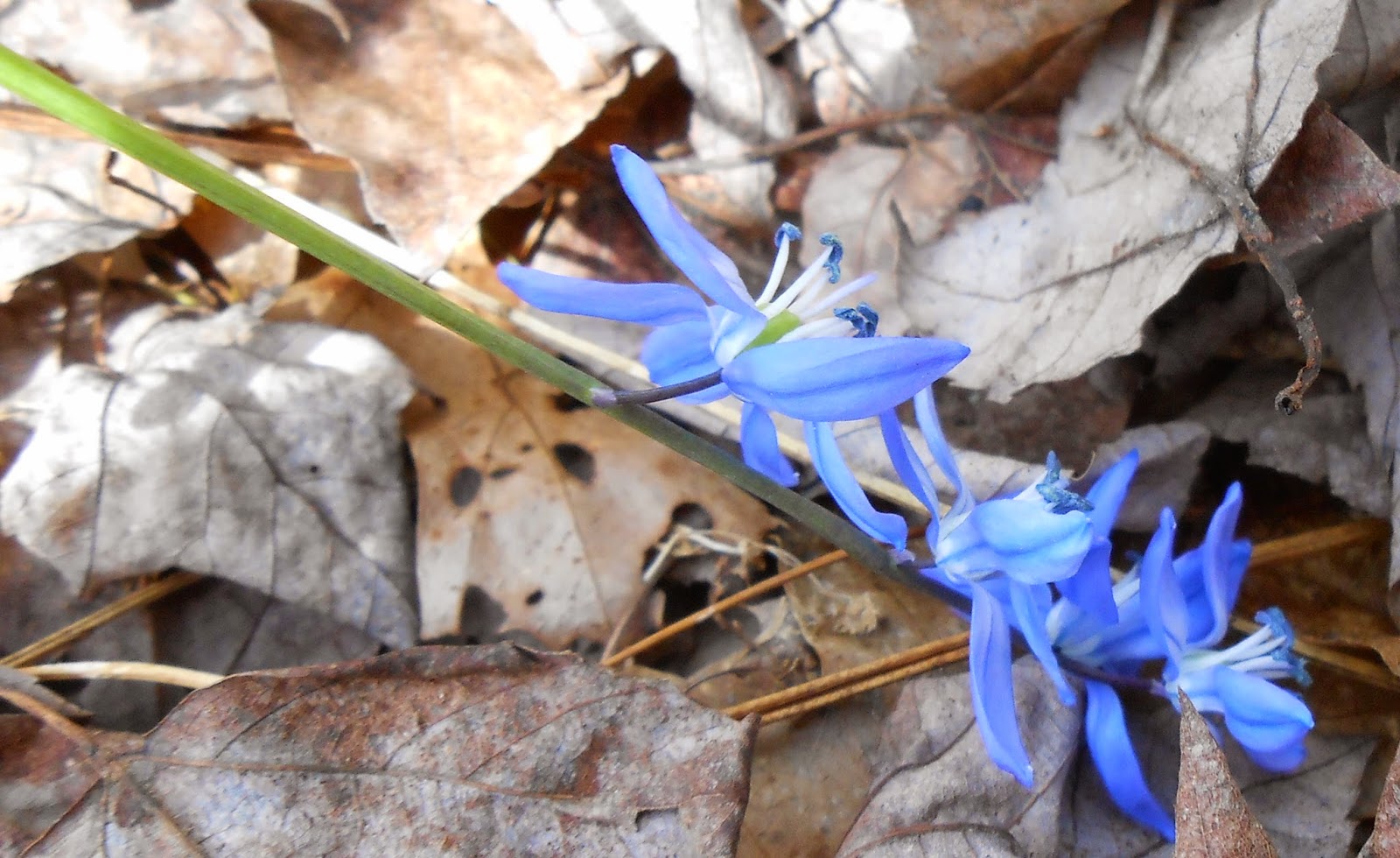 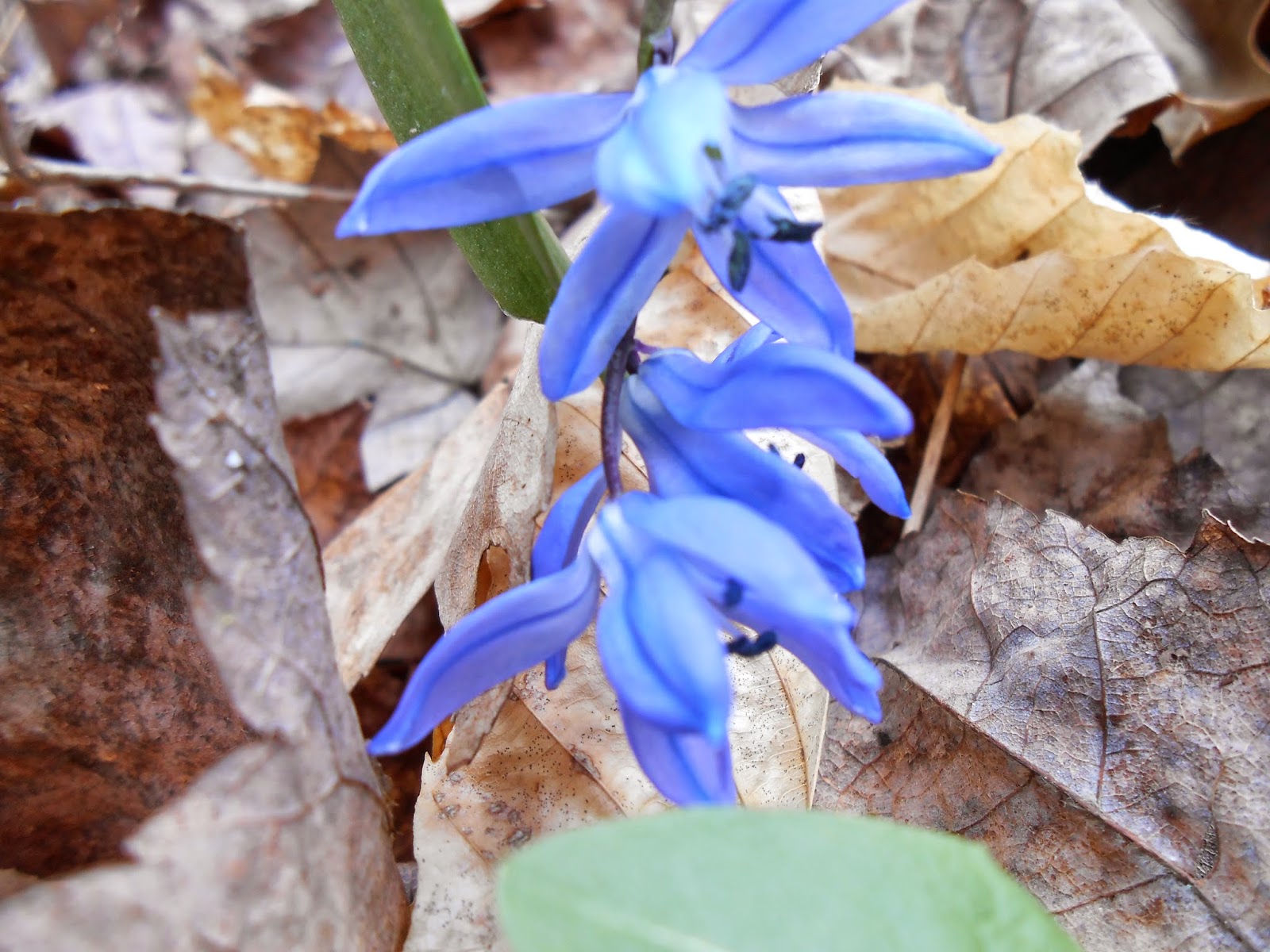 What do you think?  Can you identify my mystery flowers?