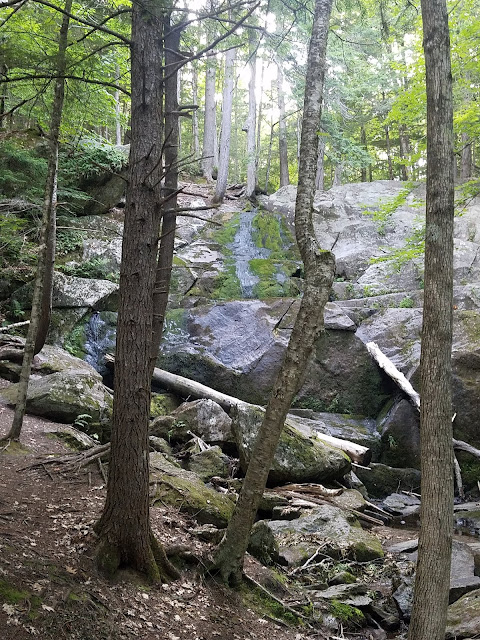 A couple of Sundays ago we finally found time to take a hike with friends.  This is something we've had on our agenda since May but up till now, it just hadn't happened.  Even though we had had a very busy weekend (that was when we went to Maine for Friday night in Saturday, as described in the post "Whirlwind weekend"), we decided we had better take the hike since the Sunday afternoon would work for all of us.

Three young friends from church joined us, along with two of our grandchildren, Josiah and Julia.  All photos in this post, except for three, were taken by our friend Rachel using her phone. 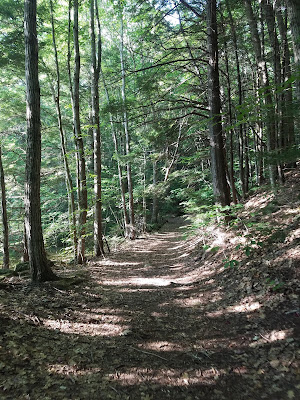 Mr. T and I had done this hike before, but it had been years.  I didn't remember it being so steep.  The steepest parts were covered in slippery pine needles.  Josiah and Julia would scout out the safest route for Grammy.  At one point Josiah shouted back, "Grammy, I think you should just sit down and slide down this part!"  When I noted that I didn't want pine pitch all over my pants, he called back, "You can wash them!"

(For the record, I did make it down that steep section without sitting down.)

And also for the record, we found out later that we should have taken a different trail which would have been much more level.  Undoubtedly, that's the one we took last time.

Imagine our amazement, as we hiked along, to see this: 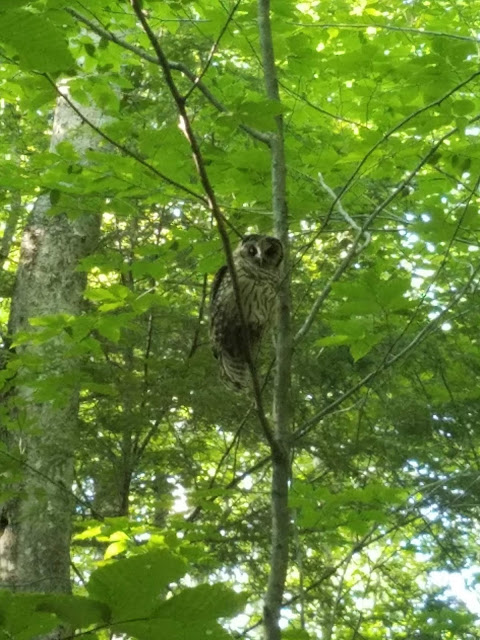 Yes, it's an owl.  A gigantic barred owl perched in a tree.  We stopped there for quite a few minutes to get photos.  Then, just a little distance away, we spotted this one: 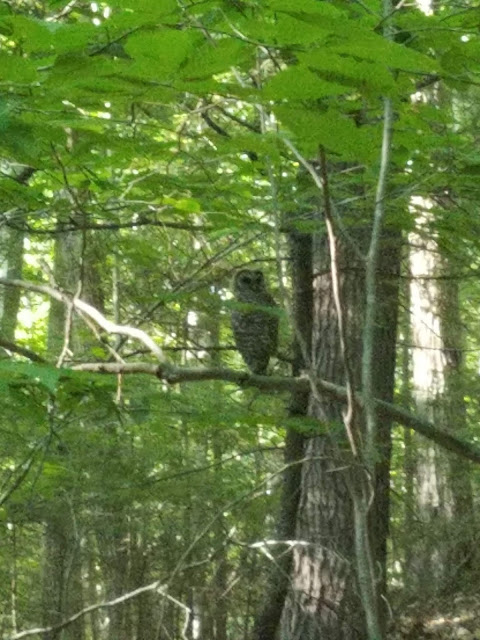 I'm quite sure no one will be able to see this properly, but Rachel managed to capture a photo with both owls in it, below.  One is about 1/3 of the way up the photo on the left side; the other is about 1/4 of the way down from the top on the right side of the photo.  It is partially hidden by leaves.  Double click and you may be able to spot both owls. 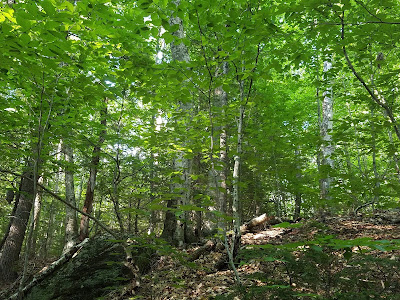 There was a place overlooking a swamp where a bench had been thoughtfully placed.  A very cute  photo bomber appeared as Rachel was trying to get a photo. 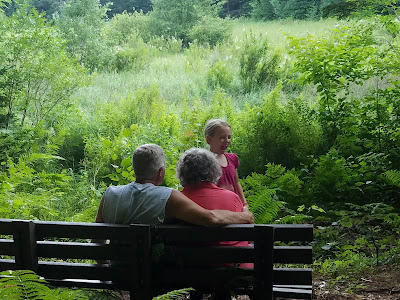 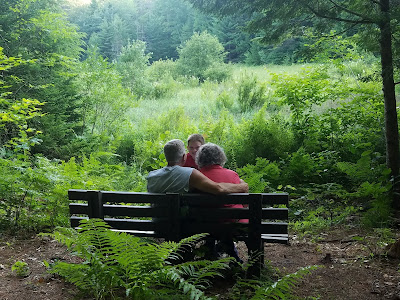 We did get to the falls eventually, but as mentioned (and as seen at top) it was only a trickle of water. Below you see it in a previous summer. 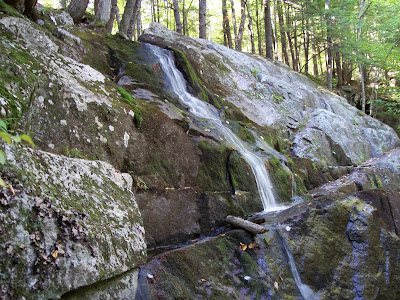 The kids enjoyed playing around on the rocky area below where the falls should have been. 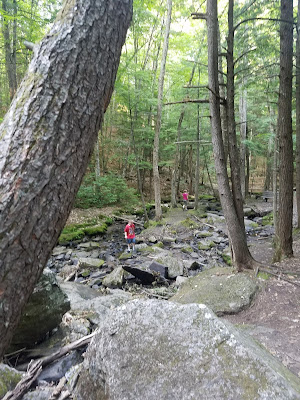 The weather seemed to have become much more humid as we started our return trip. Thankfully, we had planned to end our hike with ice cream! 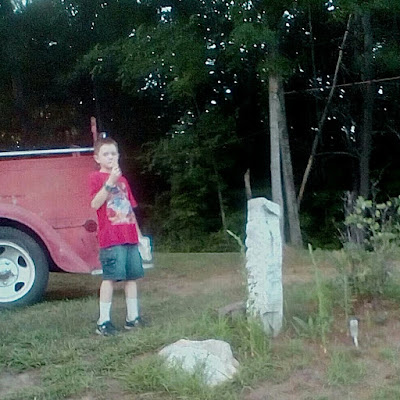 You can't see Josiah's ice cream cone very well, but he had one scoop combining lemon and strawberry ice creams.  A yummy choice! 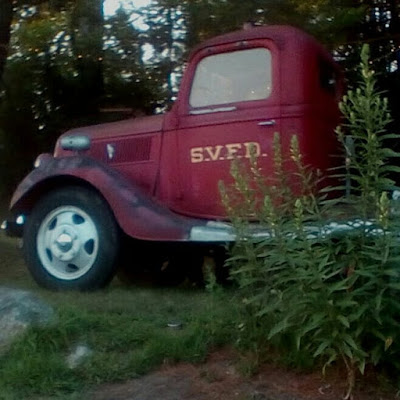 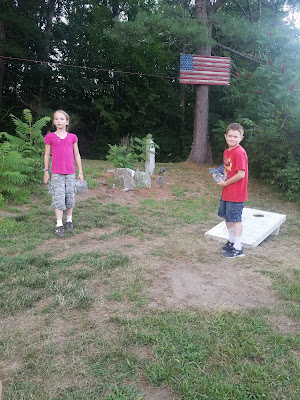 And they even had some energy left for cornhole!

Later, I looked this hike up on a couple of websites and found we had indeed taken the wrong trail.  When I told Mr. T, he very simply noted that we obviously were on the right trail: "If we had gone the other way, we wouldn't have seen the owls."

There's food for thought in that.  Sometimes the paths God has us on are a lot more rugged and steep than we would like.  But they always include blessings and benefits we could not have experienced on any other path.