So it's Wednesday, and Joyce, at  From This Side of the Pond,  has decided (temporarily, at least) to revive the Hodgepodge for our blogging and reading pleasure!  Here are Joyce's questions:

1. Howdy Hodgepodgers. It's kind of fun to be back, isn't it?  Last time we met was September, 2018. Tell me something big-important-happy-or sad that's happened in your life since that date. Just one thing. We don't know how long this current isolation situation is going to last and we might need to dole out our news bit by bit.

It IS fun to be back, Joyce!  Thanks for doing this!
Probably one of the biggest and most fun occurrences actually happened in September-October 2018 when we were blessed to be able to take our local daughter and her family out West with us for a wonderful visit with our Nevada daughter and her family.  The girls were so close growing up (much like your own daughters) but distance and expense had kept them from getting together and they had not seen one another for 3 years.  So it was high time, and it was such fun seeing the ten cousins together too.  An unforgettable adventure for all of us!
2. Might as well get this out of the way early on...COVID-19. On a scale of 1-5 how serious are you about keeping your distance? Explain. fyi - I didn't create the scale but have seen it several places online. Also fyi - we won't only have virus related questions each week, but for this first one it feels right.

1-Not at all, living normally


2-Cautious but still going out


3-Going out as needed, mostly home or working from home, still seeing friends/family


4-Extremely limited, only going out when unavoidable, minimal contact with people


5-Full lockdown, no one in or out

We are at #3 and I sincerely hope we don't go beyond #4.  Our governor (who has a great deal of common sense) is being pushed to order "Shelter in place" but so far he has resisted it.  His feeling is that once you begin something like that it's very hard to know how or when to undo it.  I pray for wisdom for our leaders every day.

3. Raise your hand if you think you might run out of steam in the cooking department before it's all said and done? What's something delicious you've cooked or eaten in your own kitchen in the past week?

I don't think I will run out of steam in the cooking department, but one never knows.  If this goes on long enough and everything gets completely shut down, my creativity as a cook will definitely be tested.

In the past week,  one of the best things I've cooked was chicken divan over rice, which I made last night.  Instead of cream of chicken soup I made my own substitute, having recently learned that even the "healthy" cream soups have high fructose corn syrup in them.  A mix of bread crumbs and butter was suggested for the topping and I used stuffing mix instead of bread crumbs.  (Frugal move as I had some stuffing mix to use up.)  It was scrumptious!
Then today my hubby decided he wanted to learn to bake bread.   He made 2 loaves of wonderful maple oatmeal bread.  Fantastic!

4. What's a television show or movie you've seen recently (it could be an oldie) that you really liked?

I can't think of anything in that category that I've seen recently.   Probably the most recent was It's A Wonderful Life on Christmas night. 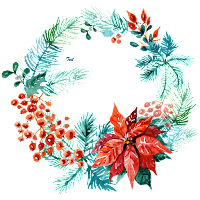 5. Share something funny you've seen or heard this week.

Drawing a blank here.  I know there are lots of funny memes about toilet paper and so on.  I guess one of the funniest was earrings made to look like rolls of toilet paper.  But that isn't as funny this week as it was last.  (I've also learned that toilet paper was available in Walmart this afternoon, though I doubt it stayed on the shelves long.)

Another thing I thought was sort of funny was that prior to Monday night's snowstorm, when shoppers would typically buy up all the milk and bread, Walmart still had plenty of milk and some varieties of bread.  😀

Hmm ...Well, tonight Mr. T and I attended a webinar concerning Amtrak Rail Vacations ... something we are planning for the future, possibly in 2021.  It was fun to look at the various National Park destinations and think about which one, or more than one, we might like to visit.  Below is a screenshot of one example. 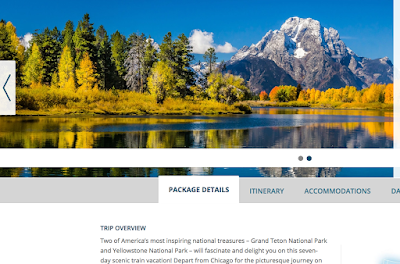 And so ends this Wednesday Hodgepodge for March 25.   Thank you, Joyce!  We needed that!

(For those interested in joining in the Hodgepodge, do head on over to  From This Side of the Pond and link up.)