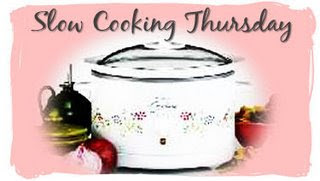 Here's my slow cooker recipe for this week. I don't often use the potato mixes, but it's worth keeping a package on hand to make this recipe with. It can even be made without the ham (for plain potato chowder) if you prefer, but the ham adds great flavor. If I omitted the ham, I would probably sprinkle the soup with bacon bits when serving.

Mix together in crockpot the scalloped potato mix, ham, broth, celery, onion and pepper. Cover and cook on Low for 7 hours. Stir in as much half & half as you like to make it the thickness you prefer. Yield: 4-6 servings
Posted by Mrs.T at 11:05 AM