A day in the mountains

Since Mr. T ended up having Monday, July 5, off from work, we decided to do something touristy and fun. The Cannon Mountain tramway is a neat attraction in Franconia Notch State Park. Tram cars take one to the top of Cannon Mountain. At the top there is a lodge with cafeteria, rest rooms, etc. and there is also an observation deck which one can hike to. Views can be seen into Canada if conditions are right. It was a special treat to have our son and two granddaughters accompanying us for this trip, as the girls had never been up the tramway before.

We took along a picnic -- sub sandwiches, potato chips, fresh cherries and toffee crackle cookies -- and found a nice shady picnic table to eat at before taking the tram up the mountain.

En route up the mountain, we could look back at this pretty lake. 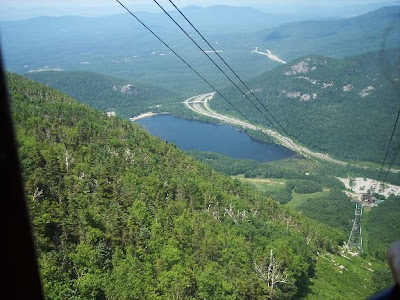 It was a very hot day, and we were hoping things would be a bit cooler at the top of the mountain. It was about 70º up there, but felt warmer after we had hiked the Rim Trail 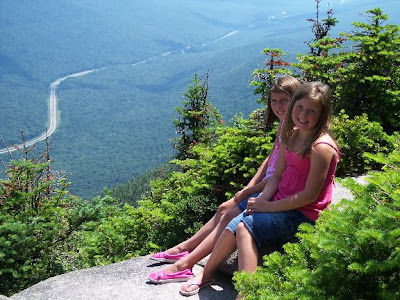 and then climbed the many steps to the top of the observation deck.

While up there, we observed a small plane towing a glider. 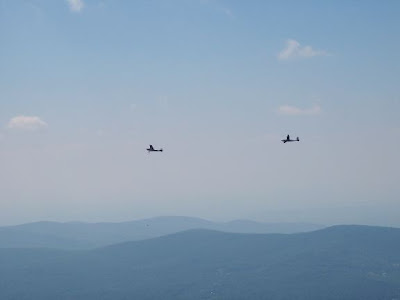 What an exciting moment it was when the plane released the glider to soar on its own! 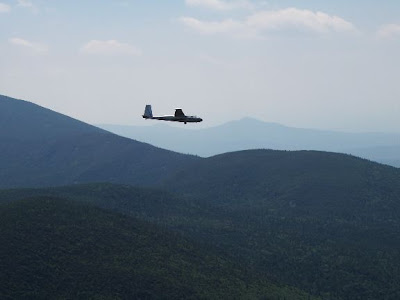 Coming down, we met the other tram car. Always a neat moment as the cars rock and sway a bit, and one waves to the travelers in the other car. 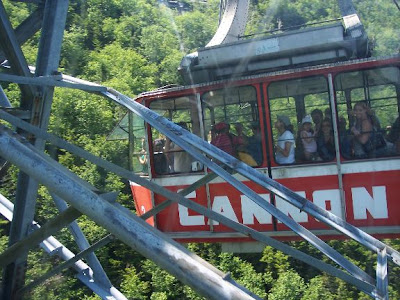 Then it was home to spend the rest of the day in the swimming pool!
Posted by Mrs.T at 2:08 PM