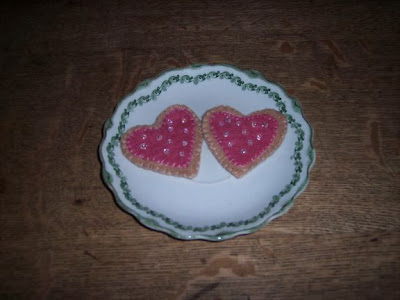 I also showed some cookies in progress. I had the idea to try embroidering a white chain stitch around the edge of the pink frosting (securing the frosting to the top part of the cookie in the process), rather than blanket-stitching the frosting in place with pink thread as I had done on the others. It was just an idea -- I had no idea if it would actually look good.

I'm pleased to report that it worked out very well indeed. 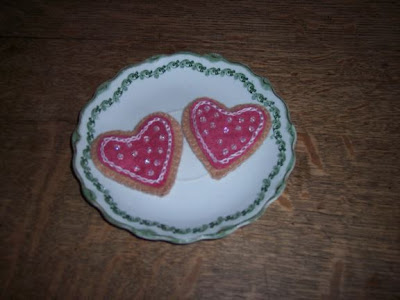 In fact, I like the way it looks so much that I am doing the rest of the cookies the same way. I used 2 strands of white embroidery floss to do the chain stitching, and I used the same white floss to attach the beads on these. (I had used pink thread on the others.) I thought using the white floss might make the beads look more like sugar crystals. I think it really did have that effect. 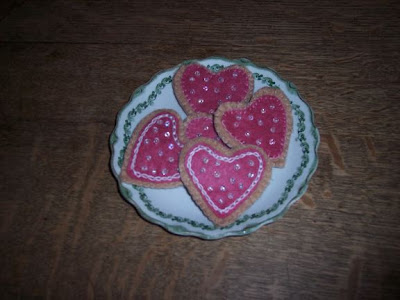