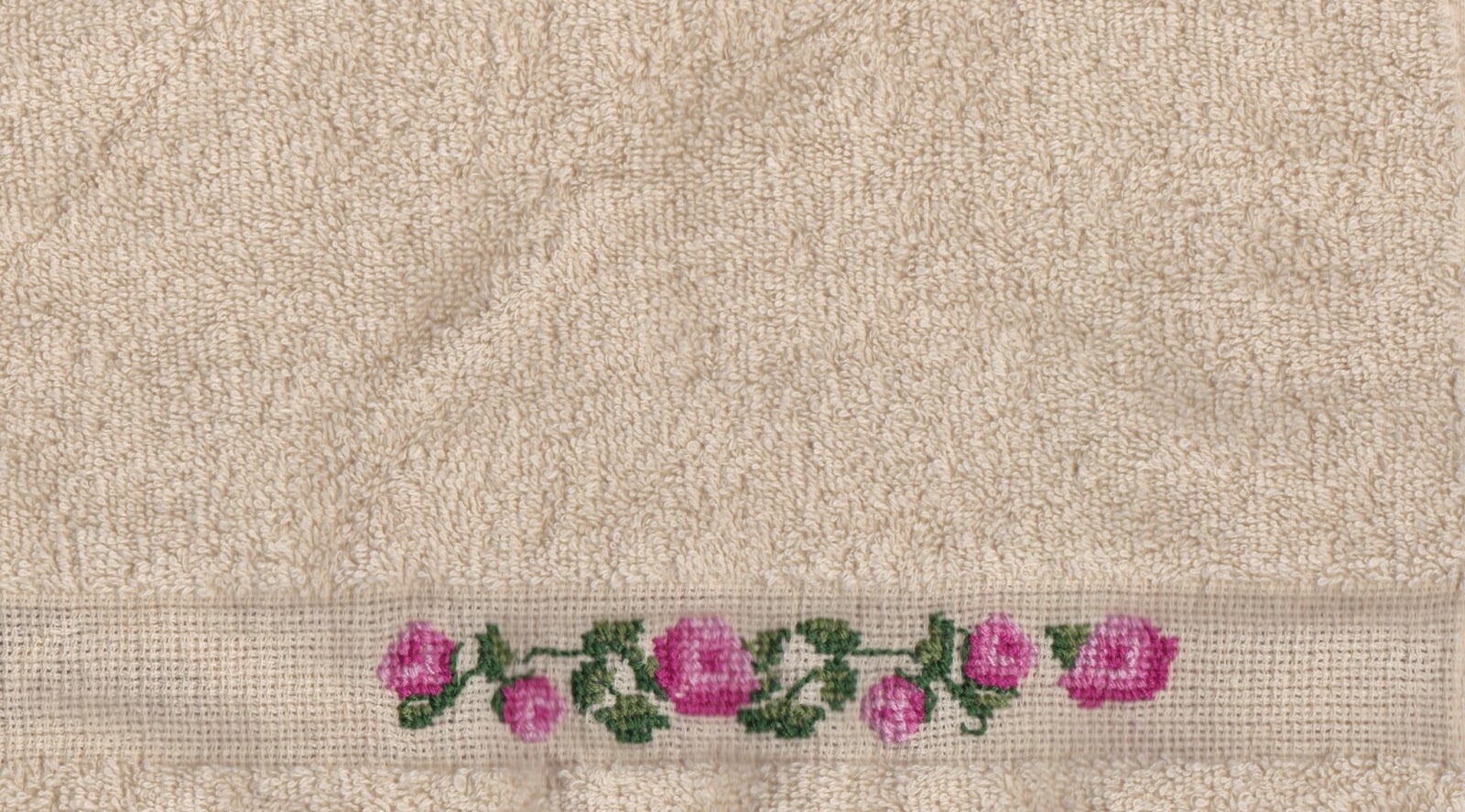 Today I'm sharing my progress on one more UFO (un-finished object) on my crafting list.  This one is a hand towel with a band of [very floppy] evenweave fabric near the bottom for a border.  (After the fact -- way, way after the fact -- I noticed a helpful tip in the instructions, to spray the evenweave area with starch to make it firmer and thus easier to stitch on.  Too late now!)

This was a cross stitch kit from Creative Circle, I believe, and was from someone else's crafting stash which I've inherited.  The kit contained 2 towels and I finished one of them.  I had thought they would be perfect in a relative's pale green bathroom, so took her one as a hostess gift when we visited one time.  She loved it but did say I didn't need to hurry finishing the second one, as that bathroom gets heavy use by her small children and she would probably wait and use the towels when the kids were older.  So as a result, I set the second towel aside with just the center rose stitched and it became a UFO. 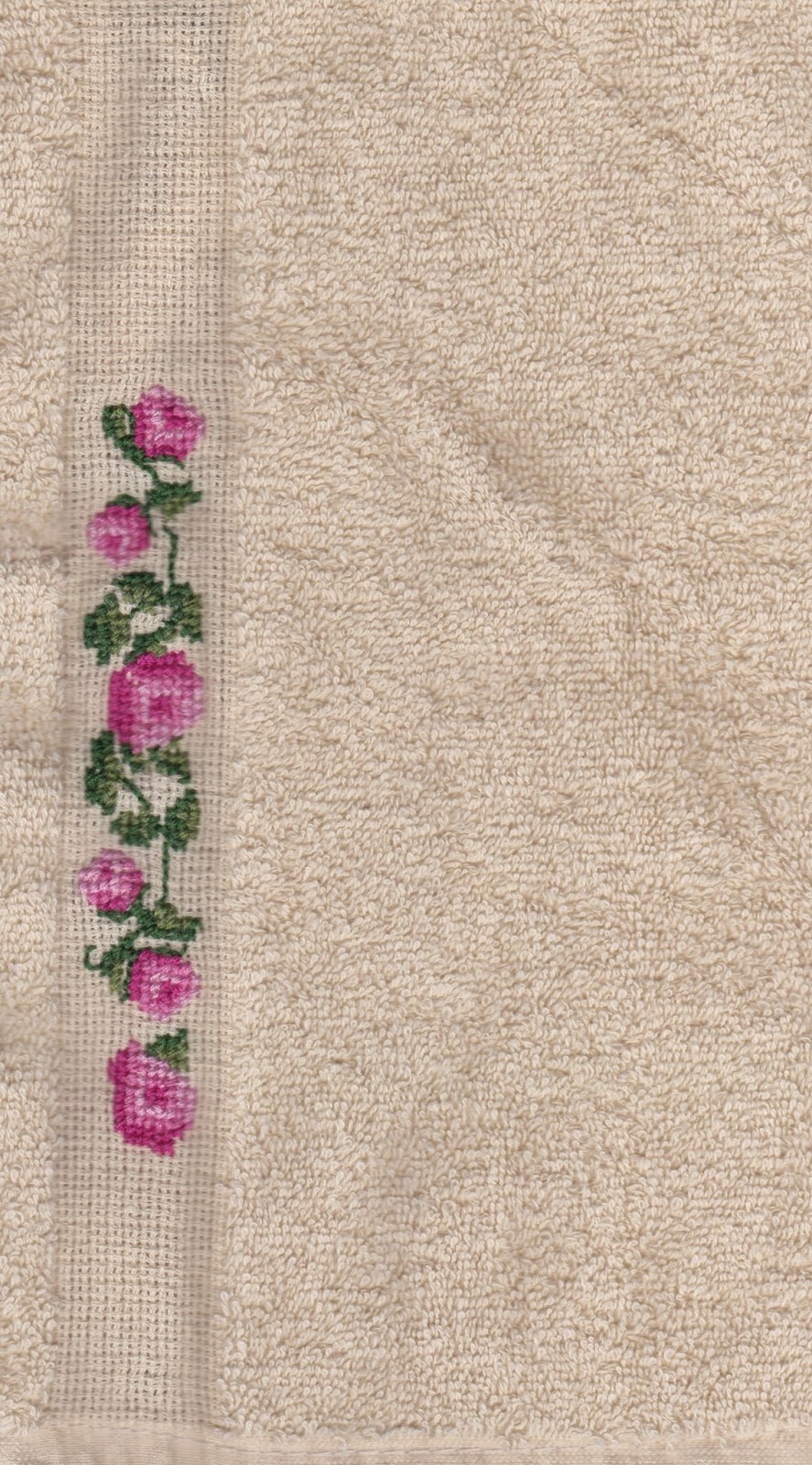 In the meantime, I managed to use the same chart to stitch a rose design on pillowcases.  I used waste canvas to do this, and I hope I will have the good sense not to listen to myself if I ever get the notion to do something like this again.  It was, however, a good use of the chart.
Now I've decided to finish this cross-stitch towel up and get one thing off my crafting list!  I've actually made decent progress since picking this up again in early January.
Posted by Mrs.T at 5:00 AM