Yesterday I mentioned that the pink bee balm I had planted at the edge of the garden last year is doing very well.  Gina asked for a picture, and so I took a few and also had my husband take some, as his photography skills are far superior to mine.  However, his close-ups (taken a couple of hours after the photos I took) show the raggedyness of the flowers, where I actually captured a couple of bees in mine.  I think the sun was going down and the bees had left the flowers when he took his pictures. 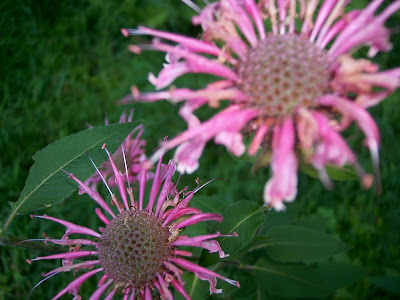 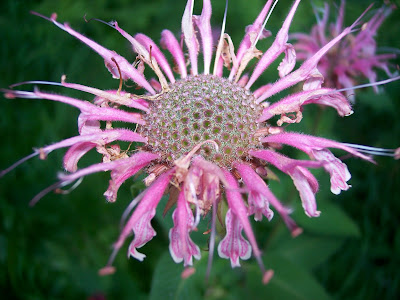 Many years ago, a friend gave me some bee balm plants.  They didn't do much for a long time, then they blossomed for several years in a row.  These were the red bee balm. 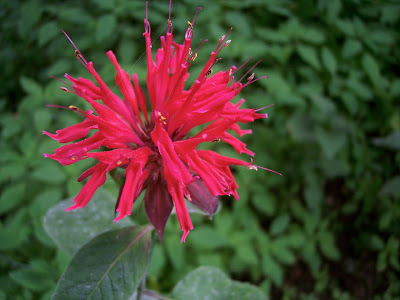 Hummingbirds love it!  Those plants did spread a bit, then they disappeared. 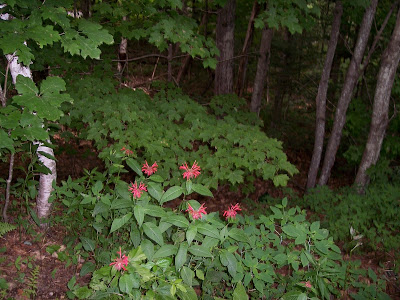 I think they may have been choked out by the jewelweed which is rampant in the area where they were planted.  Jewelweed can be downright invasive.
Last year, I bought a small pot of bee balm on an impulse at Lowe's.  I don't think the tag said it would be pink.  I was expecting red, but of course there were no flowers at the time I planted it.  It didn't flower last year at all, but I noticed that the plants did spread. 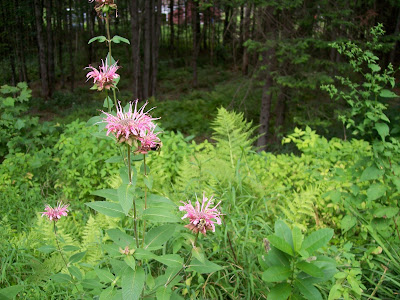 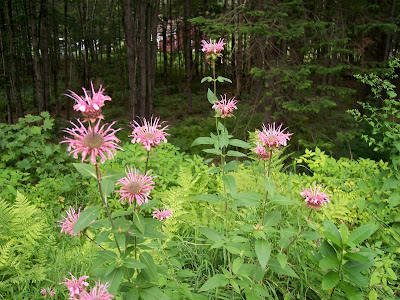 All this from a little plant that cost less than $4!

I am no gardener at all, but I do hope to continue planting a few perennials each year.  And I am going to get much more bee balm planted as it seems to do very well in that spot.