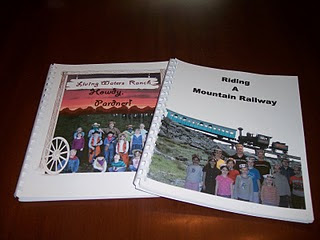 Here is another devotional page from my children’s devotional book QUIET TIMES WITH GOD:

🌿🌿🌿🌿🌿
“Have I not commanded thee? Be strong and of a good courage; be not afraid, neither be thou dismayed: for the LORD thy God is with thee whithersoever thou goest.” (Joshua 1:9)

On this day in 1861, a little girl named Jessie Brown was born near Cleveland, Ohio. As a child, Jessie was often sick. Because of this, she did not go to school, but was taught at home. By the time she was 15, she began to write articles for Cleveland newspapers and various Christian magazines.

In 1896, Jessie married John Pounds, a pastor. An editor had once told Jessie that some of her poems would make good hymns. So Jessie Pounds began her songwriting career. Over her lifetime, she wrote 9 books, 50 cantatas, and more than 400 gospel songs. Some of her hymns are still sung today. Here are a few of them: “The Way of the Cross Leads Home”; “The Touch of His Hand on Mine”; and “Anywhere With Jesus.”

The chorus of “Anywhere With Jesus” says:

“Anywhere! Anywhere!
Fear I cannot know;
Anywhere with Jesus
I can safely go.”

Our verse today talks about the same thing. The words were spoken to Joshua by God. He said that Joshua did not have to be afraid of anything he would face as he led the people into the Promised Land. God would be with him wherever he went.

We are not leading people on a long journey or into battle as Joshua did, but God has also promised to be with us wherever we go. He has said that He will never leave us or forsake us. No matter what is happening in our lives, we do not need to be afraid. God is with us and will not leave us. We can be strong and brave as Joshua was. We have the same God with us!

• Thank God that He will never leave us. Ask Him to give you courage for hard times in your life.