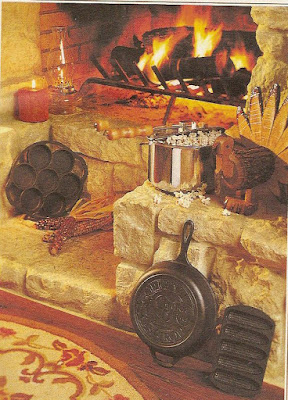 Every week I make a menu plan when I prepare my grocery shopping list.  Like many people who menu plan, I don't stick rigidly to my plan.  If I don't feel like preparing a particular meal on the menu on a given night, I'll switch to one I have planned for later in the week.  Monday night was just such a night.  It had been a beautiful day but cool and windy.  I just didn't feel like making the meal on my plan for the night.  So I looked further down my list and found this one:

Perfect!  Just the ticket for a cool windy evening.  And my husband loves those biscuits.  The chowder recipe (not written down; it's in my head) is simple and basic, but I thought I might share it anyway in case anyone is interested.

In a large soup pot, melt the butter. Add celery and onion; cook, stirring occasionally, until vegetables are almost tender.  Add the clam juice; refill the bottle with water a couple of times and add the water to the pot as well.  Add the potatoes; bring to a boil.  Reduce heat; cover and simmer about 15 minutes, until potatoes are tender.  Stir in the clams and evaporated milk; heat through.  Add seasonings to taste.

* Now I have no idea at all why it took me so long to think of this seasoning trick, but I will share it here with anyone else who may not have thought of it.  I was adding salt and pepper and wondering what else to add to zing up the flavor a bit.  I glanced up at my spice rack and noticed the can of Old Bay seasoning.  (I had recently bought this item for the first time, on the recommendation of a friend who told me it was wonderful in tuna salad.)  What could be better with clams than Old Bay seasoning?  I measured out a half teaspoon and added it to the chowder.

Wow!  This is how I will make my clam chowder from here on out.  Added just the right touch of flavor.

For the biscuits, I used the recipe for Iron Skillet Biscuits from Marilyn at Mountain Top Spice. What a perfect meal for a blustery evening!