Autumn quote of the day


Yesterday, Mr. T and I went to see my dad after church. As we got farther north, we began to see more and more beautiful fall foliage.  The weather has been so dry here that many gloom-and-doomsayers have been predicting the foliage would not be as brilliant.  I am here to tell you these gloomy prognosticators are wrong!  We did not get any photos on this trip as we were on a schedule and did not have a camera with us, so I will be using 2015 photos to illustrate this post. 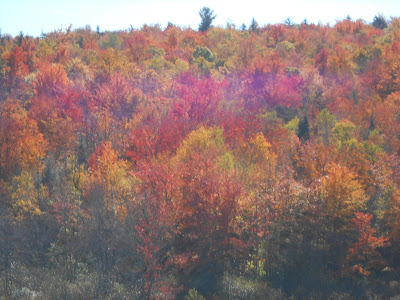 Every bend in the road revealed new and glorious vistas, as well as some individual trees that were truly spectacular.  We marveled over God's handiwork and artistry. 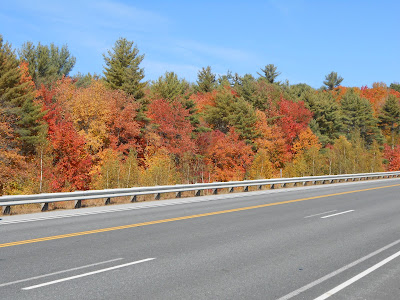 When we got home, I was perusing the Sunday paper.  This paper features a monthly column called Outdoors with the AMC  by Rob Burbank, who is director of media and public affairs for the Appalachian Mountain Club in Pinkham Notch, NH.  His column appeared this week and addressed (in part; there was a lot more to his column) the topic of how the drought might affect the autumn foliage.  He wrote: "Each year we hear predictions, often based on the previous season's weather, and each year we're treated to the red, yellow and orange autumn show in the New Hampshire woods." 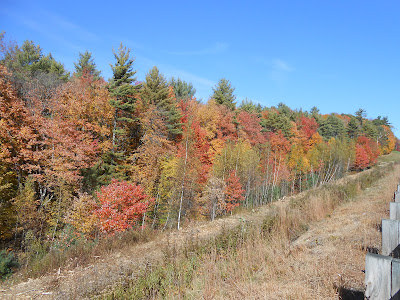 Well said, I thought.  But even that wasn't the quote I really wanted to share with you.  This is it:


"It's a great time to get out and immerse yourself in the scenery amid  hillsides that appear they've been covered by the contents of thousands of boxes of Trix cereal."
~ Rob Burbank

I shared with a friend recently that when I was a child observing distant autumn hillsides from the windows of a school bus, they appeared to me as covered with multicolored candies -- like maybe M&Ms, or gumdrops.  I like Mr. Burbank's thought of Trix cereal even better! 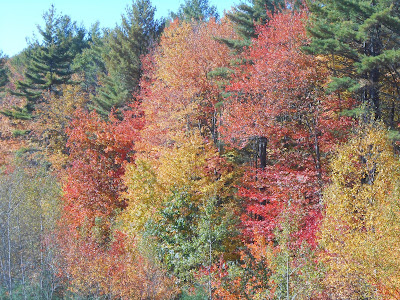