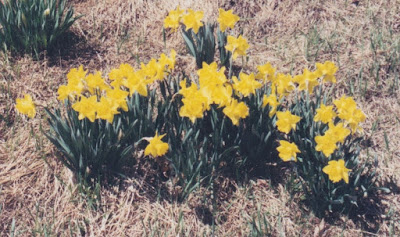 Trying for a brief "Monday musings" post today, but we will see ...  the day looks busy.  I'll make a stab at it, anyway.  Here are some blessings from the past week:

1.  Spring flowers and wildflowers beginning to appear.  Winter was a long, hard slog this year and the mud still doesn't want to let go in some places.  It's been cool and rainy, so the new leaves on the trees are taking their time getting beyond the budding stage.  But now there are some flowers appearing (like those daffodils at top of post, which planted themselves in a field!) and that is really encouraging.

2.  A wonderful visit from our Nevada daughter and three of her children plus a niece and nephew.  They were here for a week and it was such a blessing!  Below you see the whole gang plus four cousins.  You will note that many brought along their stuffed animals on a walk around Quincy Bog.  And yes, that is a stuffed monkey around my daughter's neck at right.  His name is "Pappy" and he accompanies their family on many adventures.  Entire videos have been made featuring Pappy and his travels. 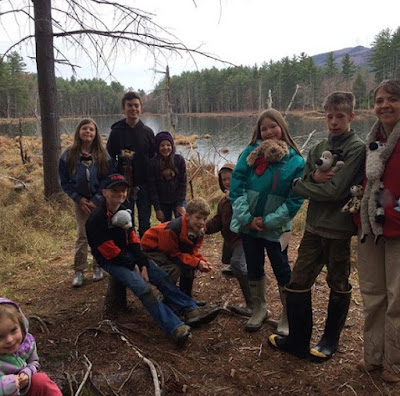 3.  Time at the ocean last Monday.  We went to Long Sands at York Beach, Maine and also spent time at Nubble Light.  The vastness of the ocean, the power of the waves, and the constancy of the tides never fails to remind me of God's power and faithfulness. 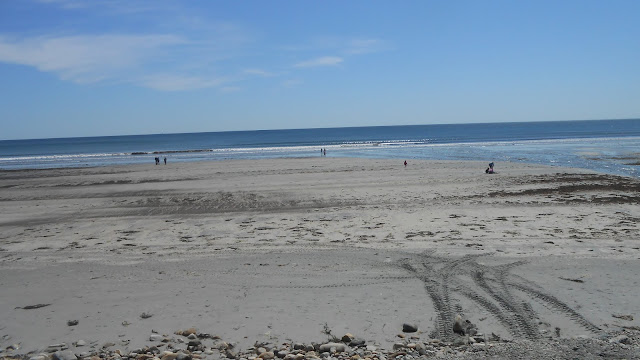 4.  This is a pathetically little thing, but I am so thankful for the opportunity yesterday to spend some time in my scrapbook journal.  Other than a sentence or two this past January 1, I had not journaled there in nearly 2 years.  Yesterday, Sunday, I managed to squeeze in some time in this journal.  I enjoy it so much, but it's one of the first things to go when there's a time crunch. 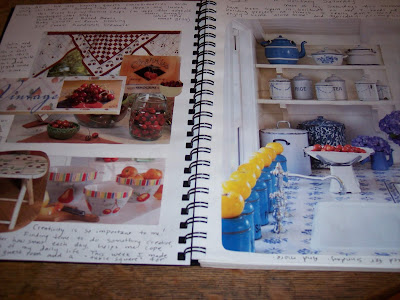 5.  Several items sold in my Etsy shop.  I had considered putting the shop on vacation while the family was here, but in the end decided not to.  I had only a couple of orders during that time, but then three items sold just as soon as they left!  There was no conflict at all with our family activities.  I wish I had more time to put into the shop, as I certainly have hundreds more things to list. 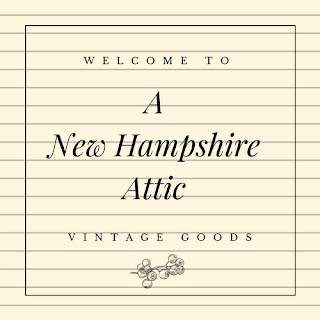 6.  Good services at church yesterday, with several visitors.  It's always good to have visitors,  and two of these were local folks.  We hope we'll see them again! 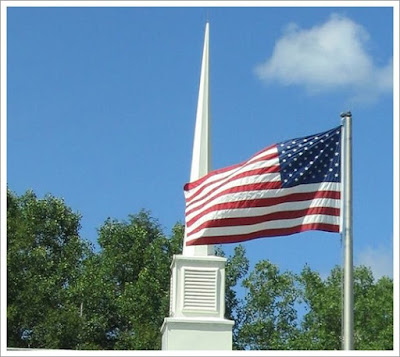 I could probably go on for quite awhile, but this is a long enough post for now.  I have another one in the works specifically about our daughter's visit.  Maybe I can publish it later this week!
Posted by Mrs.T at 5:01 PM