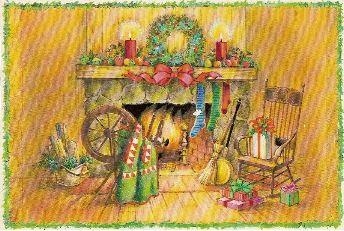 Let's see, what did I accomplish yesterday toward Christmas (or otherwise)?

Well, for one thing, I made tortilla enchilada soup in the crockpot. And the crockpot just happens to be one of my secrets for finding more time for Christmas crafting, baking, decorating, or whatever. Supper prepares itself while I spend time on other pursuits. If there is bread baking in the bread machine at the same time, or if one prepares a cornbread mix or some purchased bakery bread, you have a meal. Fortunately, my husband never tires of soup, and I have a good variety of crockpot soup recipes in my file.

I spent some time working on Christmas crafts -- that is, projects I'm making for gifts. I can't really get specific, as some of the recipients read my blogs. But I did some sewing, some embroidery, and some cutting of stencils.

Another thing I did was to try a couple of new recipes. One was a recipe for Cinnamon Chip Bread. It came out quite well, although I had a few issues with it. The other recipe was for Heavenly Fudge. I found this recipe in Gooseberry Patch Christmas book #4, I believe. It's a relatively standard fudge recipe using 12 ounces of chocolate chips and a can of sweetened condensed milk, but includes a half cup of butterscotch morsels as well. This turned out well, and will be among the treats we share with others this Christmas season!
Posted by Mrs.T at 9:52 PM

As regular readers might have guessed, I just love December and the Christmas season.  This beautiful and oh-so-meaningful season passes ... 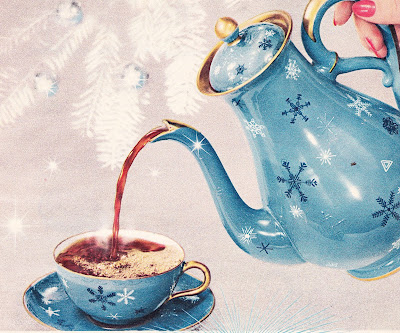