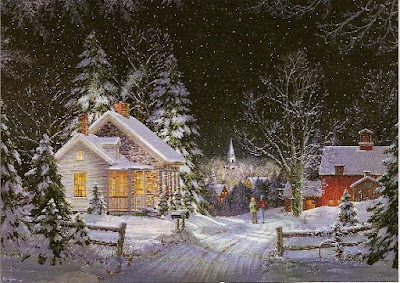 For decades, I have made the same soup for Christmas Eve; just a simple creamy potato soup with some carrots and celery included, and with crumbled bacon and shredded Cheddar cheese to sprinkle on top.  We used to always serve it with biscuit, rolls, corn muffins or some other type of bread.  In more recent years we have often served it with pizza.  You can find the recipe here: Christmas Eve Soup.

This year I am going to tweak it just a bit.  A month or so ago, I tried a recipe from a Gooseberry Patch cookbook, Sunday Dinner at Grandma's.  This happens to be a cookbook which I received for free in exchange for having a recipe published in it.   You can also find it here at  Gooseberry Patch.  (Interestingly, it was a soup recipe that I had published in this book -- Cream of Broccoli Soup!) The recipe I tried recently, though, is Grandma Jo's Potato Soup.  Interestingly, the ingredients are almost exactly the same as our Christmas Eve Soup.  But this soup was much tastier!  What is the difference?  I've scanned the page from the cookbook to show you. 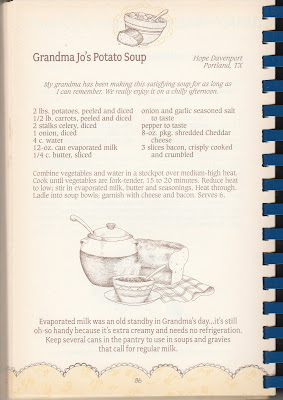 My usual recipe calls for light cream; this one calls for evaporated milk.  The only other difference is that this calls for "onion and garlic seasoned salt".  I didn't have any of that, but I did have a container of garlic pepper seasoned salt, so I liberally added that to taste.    This added zesty seasoning, plus the creaminess from the evaporated milk, has to make the difference.

So this Christmas Eve, I'll be serving Grandma Jo's Potato Soup instead of my usual!

* The illustration at top is a scan of one of my very favorite Christmas cards, which features the Fred Swan painting Walking to Town.  To me it just says "Christmas Eve".  I actually have a cross-stitch kit of this design.  Maybe this year I will actually get to it! * 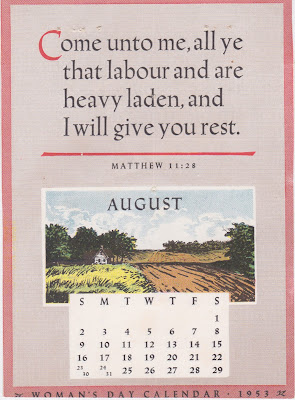