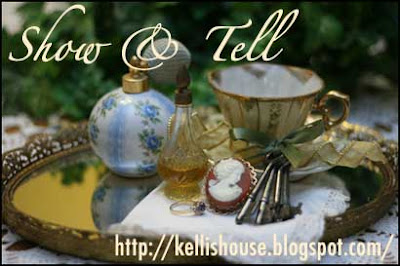 For Show & Tell today, I am going to kill two birds with one stone by combining a show & tell with a homemade life post. Today is very busy as we expect overnight guests to arrive for the weekend. I have a LOT to do before they arrive!

So here are some of the homemade things I've been working on.

I needed a birthday card for my dad and decided to try and make one. I am a novice at paper crafting, but I do have some supplies for that sort of thing, so I got them out and referred to card project instructions I had found at the Jo-Ann fabric site some time ago. The idea was to do machine stitching around the "window" in the card, but I had these little "frames" on hand and decided to use one of them around the opening instead. I didn't have time to go to a store for any sort of embellishment, so used a moose button I had on hand. The only problem is that the holes in the button make it look as if the moose has been shot. Oh well... it was not too bad for a beginning attempt, I felt. And the recipient liked it! 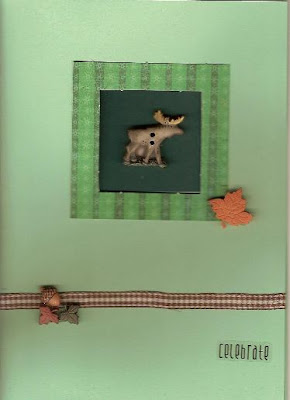 In our part of the country, summer can be very humid indeed. So much so that toilet tanks sweat, and it's pretty much a necessity to keep a towel or something else behind the toilets to soak up the condensation. I usually just use a neatly folded old towel and that works quite well and can be tossed into the washer and replaced quickly. But sometimes, especially in a small space, the towel gets sort of messy-looking. I wished for something equally effective, but prettier. On someone's blog, I had seen a pattern for making a bath mat out of an old towel and backing it with cotton fabric, then trimming with an embellishment of some sort. So I decided to adapt that idea to make a mat to go behind the toilet. I cut an old towel into 4 pieces vertically (after first cutting off the ends) and used 2 of them to make this mat. I backed it with part of an old muslin curtain and trimmed it with a shell-themed candlewicking design (which had resided unfinished in an old sewing box for years). I'm quite pleased with how it turned out. 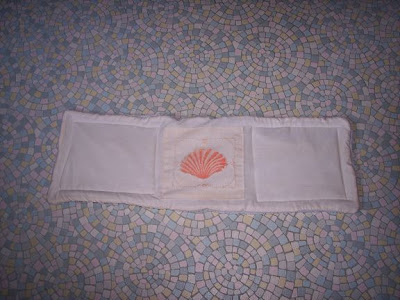 Here is a picture of my homemade swiffer duster refill -- scroll down to see the link to the instructions. I tried it out in a very dusty area, and you can see how well it worked. 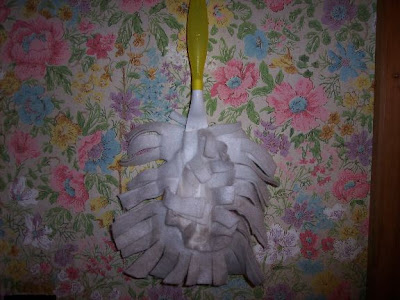 And then this. We just redid a small half bath and had a small amount of the wallpaper border left over. It occurred to me that I could make a sort of valance for the bathroom window with it. I glued it to a piece of foam core board and glued on hooks to just hook it over the curtain rod. For hooks, I used the metal clamps that come in skirt hangers which you get when you buy skirts or pants. They were exactly the right size to work as hooks for this project. I do apologize for the sideways look of the photo. There is only a narrow hall outside the door of this room and I could not go far enough back to get the right perspective. This shot was the best of three. 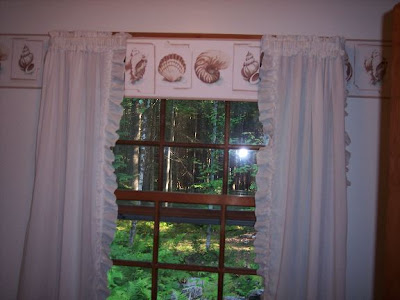 That's my simple Show & Tell for today. To see what others have shared for Show & Tell Friday, head on over to There is No Place Like Home.

My best tips for easy meals during December

From my collection; my mother baked from one of these.  Notice the price!  December is such a busy, festive month!  I'm sure we can ... 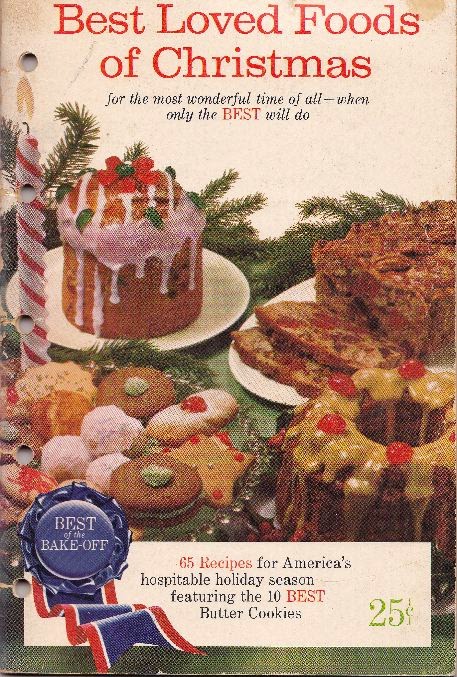