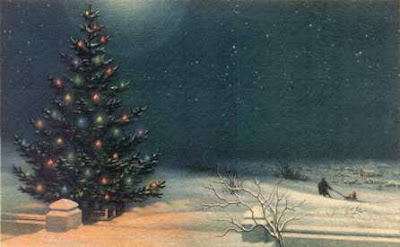 What a day!  It was intended to be a day when I got a lot of crafting done -- and I did accomplish some.

But did you ever have a crafting session where things just didn't go according to plan?  I've had a few, and today was one of them.

Some months ago I had found a tutorial for an item I wanted to make for my grandkids.  I planned on making seven of these and thought I could get them all cut out today.  It was not to be.  The "tutorial" I had found did not include an actual pattern.  I was supposed to draw a template for this thing.  Let's just say that after a Google search I did eventually find a template I could adapt.

Well, I ended up getting perhaps half of the necessary pieces cut out, but at least now I have a template.  Maybe tomorrow I can get more done.

Now, back to cross stitching.  Mr. T is baking Christmas tree spritz cookies, the snow is falling, and all is well.